He believes he saw Bigfoot – and long enough to get a very detailed description.

Today we’ve got a story by Shawn S. of time he believes he saw Bigfoot – and long enough to get a very detailed description.

Okay I am writing to share my experience that I had in the mid 90’s in northwest Wisconsin.

It was mid Nov. Deer season for us. I was walking out from our camp in what is locally known as the Barrons. ( Gov. Knowles State Park) about 6 or 7 am.

Sun just came up, I was making my way down a fire lane, as I came around the bend there it was standing 20yrd in front of me. It’s back was towards me. At least 9 feet tall black on 2 legs, arms the size of tree trunks. Concave head. No real neck that I recall. Its ears were on the side of its head. I was able to get details, because I watched it stand there and look around.

I was able to back up quietly in the fresh powder we got night before. So I hid behind a big oak tree , just off the side of a curve in road, and look around the tree. Debating if I should shoot it or not. Decided not to in case it was a hoax. Or something.

As I turned back around to look at it again. It was gone. I laid one of my gloves next to a track that looked like a human foot and went to find a family member or anyone to show it to. When I returned my glove was gone and someone drove over the track.

A few years later went to camp in summer to party with some friends I saw it looking in the front window in the dark. All I got was the reflection of the eyes and faint ape like facial features. This is my experience. I believe In my heart I saw Bigfoot that day and it was looking in my window all those years later. 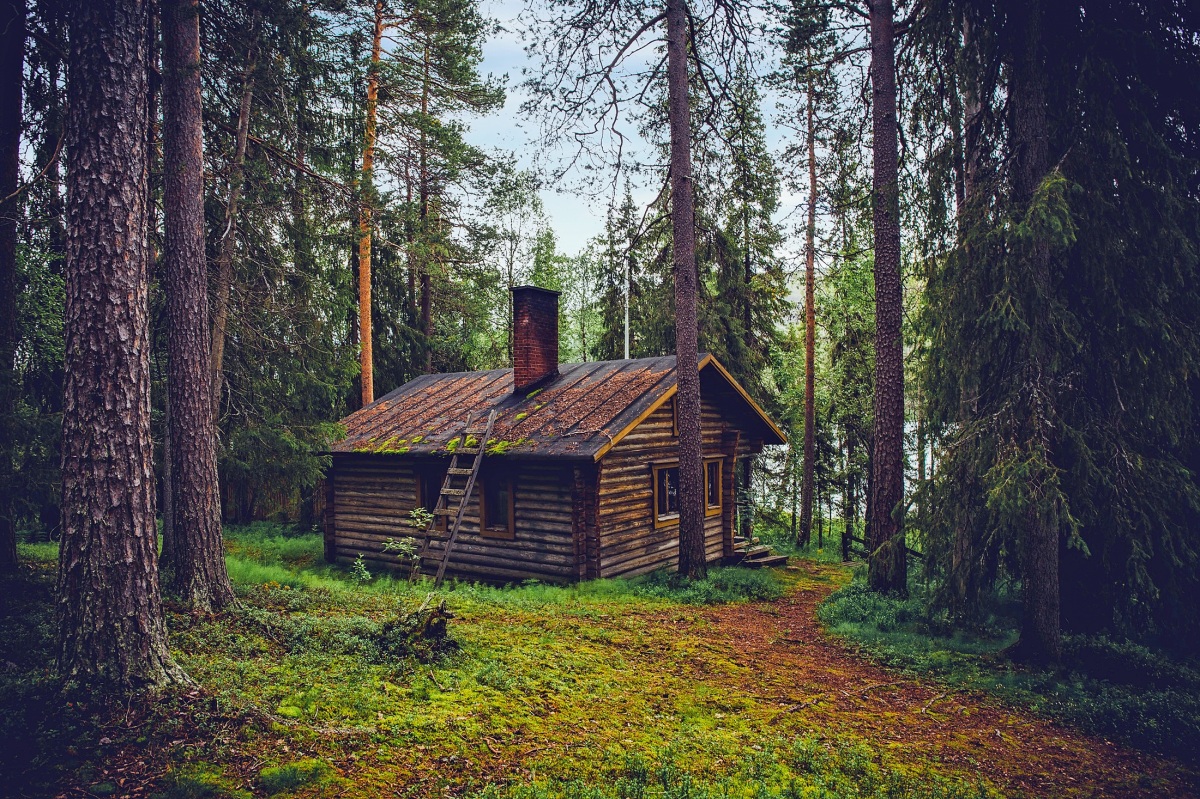 Jimmy B shares a potential Bigfoot encounter where he had things thrown at him at his family’s cabin in 1979.

“This little town sets at the bottom of a mountain right next to where the Buffalo and White rivers meet. We even have a mountain named after our family. Fletcher Mountain with the Devils tea pot.

My dad had sent me out to get a pack of cigarettes from the car while they continued to play cards. Full moon but also cloudy. As I walked to the station wagon that was about 20 yards from the cabin on the red dirt gravel I could here to my right in the dense underbrush something moving I stopped and it stopped. I thought I seen something green light green but then it wasn’t there no more.

I started again walking and immediately also heard movement again and looked and again I see light green but at 8 I’m not understanding because there should be nothing light green in the night so I then thought firefly lighting bugs?

I then walked the few remaining steps to the car and heard a “gruff” that’s the best way to describe this and it scared me. I opened the door and jumped in the front seat and slammed the door.

I set there for what seemed like forever to me and was getting ready to get out and run back to the cabin when a little rock or dirt cloud hit the cars hood. I didn’t move and I remember seeing the sweat roll off of my nose. Again something little was thrown on to the car like dirt or a very small rock.

I sat there very scared. I’ve never felt that fear since. It was intense I looked up into the brush through the passenger side windows and there was that light green again about five feet up in the brush I realized they were eyes at the time they blinked. Yes blinked not real fast not real slow. My dad then called out to me from the cabin and the green was gone!!!

I was to scared to answer him at first but I threw the door open the door and ran back to the cabin and right by him inside. He said what in the world is wrong with you and where are my cigarettes? I tried telling him something was throwing dirt clods at the car and followed me but him and the family laughed and said I was scared of the dark.

I’ve forgotten a lot of things over the years. However that memory is like it just happened yesterday. I realized only years later that it was a Bigfoot. This only came from watching finding Bigfoot and someone else had mentioned the green glow night shine.

No I did not see the body or head or Bigfoot prints but I did experience an intelligent creature step for step with me and then tease me by throwing little stuff at the car. The green glow was very light very light. That is my encounter thank you for letting me share this and not laughing at me.”

Ronnie G. recently shared his story with us about a possible Bigfoot sighting when he was a child growing up in Virginia. Keep reading to find out what he saw.

I saw one when I was 12- 13 years old in what was then known as Nansmond County Virginia now a part of Suffolk Virginia near a little town called Driver. I went to Driver Middle School and lived in a neighborhood called Glenn Forrest. This was in the mid 1970’s when the area was still really rural.

Sometimes I would walk home from school instead of riding the bus. Probably about a 2 to 2 1/2 mile walk following the railroad tracks from driver, through the fields and woods to near where my neighborhood was.

From what I recall all these many years later it was the maybe late September or early October. I was walking down the tracks like I had done many times before when up in the distance, maybe 50 yards away (I’m not good with distances, and it was a long time ago when I was a kid) I noticed a dark figure squatting down by the railroad tracks. I could hear the sound of it hitting a rock on the tracks which makes a weird sound. I stopped and watched it for maybe a minute. A small plane flew over kind of low and must have startled it. It looked up and watched it fly over. Then it stood up and in one stride, stepped over the tracks and in another stride stepped over the ditch on the other side of the tracks and walked off into the woods.

Never seemed to notice me. Looked to be maybe 7 foot tall, reddish brown hair and his face seemed flat or maybe covered with hair because I can’t remember seeing any facial features.

This scared me enough that I backtracked about a half mile down the tracks and cut across a field to nansmond parkway and followed the roads home instead of walking by that spot.

I never told anyone about it until about 5 years ago. I’m old enough now where I really don’t care what people think. I’ve only told a select few and in doing so have discovered two others that have seen them. One in Windsor, VA and another in the dismal swamp which are both not far away.

Now that I look back it’s one of the most profound things that have happened to me in my 56 years of life.”